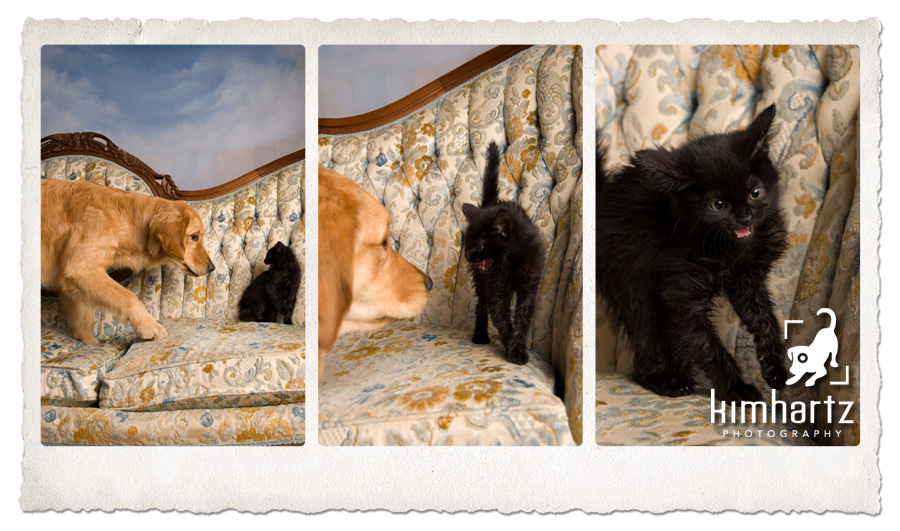 For centuries many puzzling questions have arisen and have attempted to be answered, and today, we are prepared to answer one of these questions that has plagued mankind for years.  No, I’m not talking about the creation of the solar system, the truth behind the JFK assassination, or the mystery of dinosaur extinction. The question that has confused people for years, due to the media and many other irrelevant or improper portrayals, is can dogs and cats live together in harmony?

Even comedian Bill Murray suggests that the answer to this question is a definitive no when, in the 1984 hit Ghostbusters, he quotes, “Dogs and cats living together… mass hysteria!” The media, along with this quote, put the idea that dogs and cats cannot and will not, live together. But you know what, that is a false statement.  Some people just don’t realize that dogs and cats can be completely compatible animals, yet only 20% of pet owners have the two pets in their households. In my opinion, I believe the two are fine living together. My sister has two dogs and a cat that get along great, aside from the occasional cat slap.  So, of course, I am a supporter of this idea, which some cities now don’t even ALLOW!

Writer Emily Yoffe of Slate Magazine states,  “Cities such as Provo, Utah, banned citizens from owning both cats and dogs. Although this whole issue of a law forbidding dogs and cats in one households was shortly resolved when the law was amended and citizens of Provo can have a total of 4 dogs and cats.”  Well, I guess some people believe that if dogs and cats live together that it is a sign of biblical proportions that entails an inevitable apocalypse, but its anyone’s opinion.

Now we turn to you and ask you to voice your opinion on this issue.  If you have both a cat and dog living under your roof please send us a photo of them living together and we’ll post your images, and remember to stay furry my friends!